Dr. Charles Becht IV has been selected as the 2014 ASME J. Hall Taylor Medal award recipient.  Dr. Becht will receive this prestigious award during the President’s Luncheon at the upcoming ASME International Mechanical Engineering Congress and Exposition in Montreal. 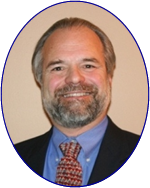 The J. Hall Taylor Medal is presented for distinguished service or eminent achievement in the field of codes and standards pertaining to the broad fields of piping and pressure vessels which are sponsored or undertaken by ASME. The scope includes contributions to technical advancement and administration. 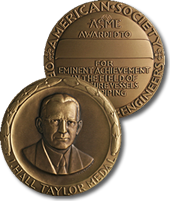 In 1965, by a bequest through the ASME activity in codes and standards, the Taylor Forge and Pipe Works established this award to commemorate the pioneering work of J. Hall Taylor in the field of standardization of industrial products and safety codes for their usage.

Becht Engineering has a history of substantial contributions to ASME Codes and their relevent committees.  In fact, two other Becht staff members have received this award as well - Clyde Neely in 1993 and Bob Sims (current ASME President) in 2004.