Why Cranes Fall Down

There are many reasons cranes fall down. One of the most common causes is ground support failure. Let’s take a closer look at ground failure and discuss what steps we can take to prevent this unnecessary misfortune.

Cranes are rated by stability and structural competence. By law, crane manufacturers have to designate the limiting factor in the rating chart. Years ago, the crane charts were based primarily on stability. Those cranes were over-built structurally and would typically tip over before suffering a structural failure. Today’s cranes are geometrically designed to be extremely stable. In most cases these crane charts are based totally on structural competence. So why do they still tip over?

Considering today’s technology and the cumulative experience of the crane industry there is no reason to risk having an accident resulting from ground failure. The crane manufacturers provide the ground reactions for their cranes. Our industry clearly understands how to test soil to determine allowable ground bearing pressure. There are reputable companies worldwide that perform this service at reasonable cost. If you think the cost is high, simply compare it to the cost of a crane tipping over. Don’t forget to include the cost of the load and anything or anyone the crane falls on. 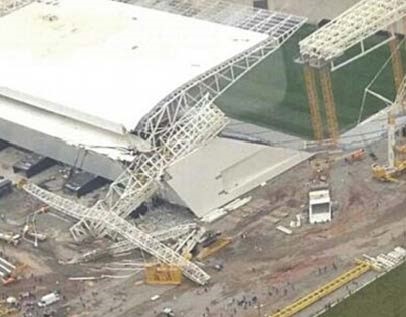 In November 2013 a 1500-ton crane collapsed during construction of the new football stadium in Sao Paulo, Brazil. Two workers were killed. The crane manufacturer concluded the cause was ground support failure due to heavy rains in days preceding the lift. See aerial photo on the right.

Keep in mind that mobile cranes have to be level within 1% to maintain the published chart capacity. It doesn’t take much ground settling to lose that 1%.

Matting should be engineered, considering sheer stress and bending. It is not reasonable to assume the matting is stiff enough to provide even distribution across the total area under the mats. An extreme example of this is when the mat bends to resemble a Chinese wok. The raised edges are not taking any load. It is somewhat counterintuitive but when using multiple layers of mats, placing each layer parallel to other layers provides better distribution than placing them in perpendicular layers.

A common, reliable method for determining the capacity of the soil is to have a reputable geotechnical company perform borings and determine the capacity of the soil. Then you can compare the allowable soil capacity to the crane ground reaction and design a load distribution or matting system to suit. In some cases matting is not enough and improvements will need to be made to the soil. Soil improvements could consist of a modest layer of compacted crushed stone fill material or could be as complex as installing piles tied in to a supporting concrete slab. In all cases, I recommend a minimum design safety factor of 1.5 for the load distribution and or matting system.

Radar Sounding of the set up area should be considered when working in older industrial facilities and if there is a possibility of underground voids, tanks, abandoned structures or natural cavities

The pictures above show a classic example of ground bearing failure that resulted in the loss of life for five workers in Vietnam in 2012. There is no evidence of any matting or significant soil improvement.

For smaller cranes with lower ground pressure reactions you still need to check the ground capacity. We read about accidents almost daily, where a small crane tipped over because the ground failed. Geotechnical companies have some less expensive methods that measure density and work well for smaller temporary loading situations. Alternatively, if the crane is working on new construction, the building foundation design is based on the allowable ground pressure. You may find the soil capacity has already been determined in the area where the crane will be set up. If you use this method, make sure the borings were done in the immediate area of the crane pad and beware of recent excavations where the backfill may not be properly compacted.

The crane outrigger floats or pontoons are not intended to support the crane on any surface. They are intended to transfer the load into a suitable supporting surface. The instruction manuals clearly warn that the crane must be set up on a firm, level surface. Manufacturers provide the applicable ground pressure reactions to guide the user in design of the support system.

Don’t be fooled by setting up on a concrete slab. It is a false sense of security. The slab may look good to the eye but could be very thin and have little or no reinforcement or voids on the underside.

Pay special attention to slopes and sharp drop offs. Don’t set up too close to the edge. An industry rule of thumb is to set the crane up on a one to one ratio from the edge. That is as far back from the edge as the void is deep. I suggest you consult a geotechnical engineer before setting up near any slope or vertical edge.

In conclusion, be proactive when it comes to managing ground bearing pressure. Use the proven technology available and don’t assume anything.

Why Cranes Fall Down 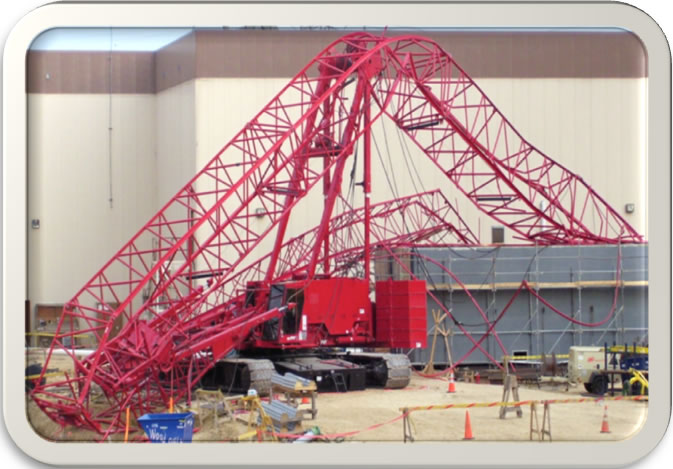 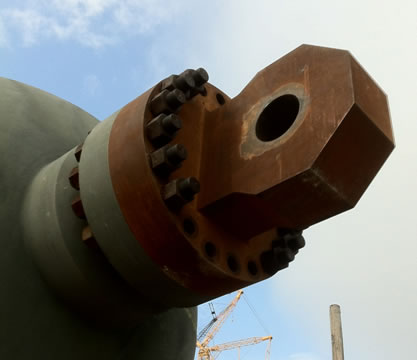 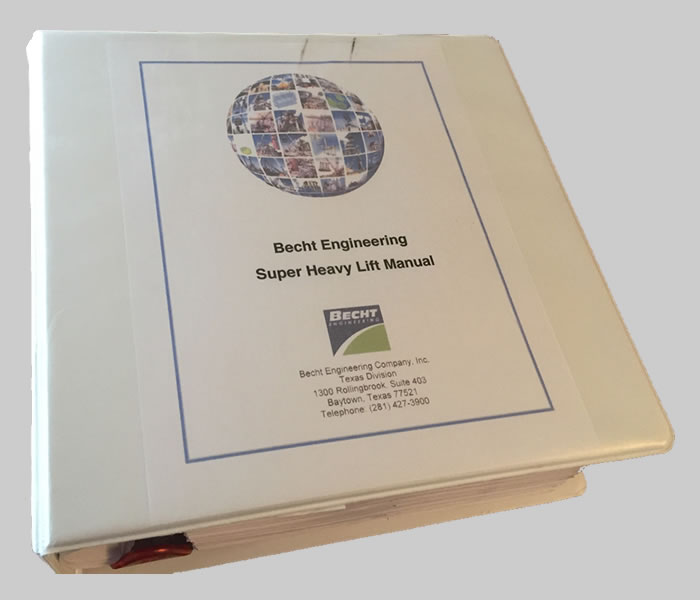