Why do outlet collectors only rarely fail, even when subjected to pressure-drops well above the design basis of the collector? The answer lies in the design approach which incorporates simplifying assumptions to accommodate a tractable and conservative approach.  These conservatisms can be relaxed where necessary to give results much more in line with actual experience while still maintaining an appropriate amount of margin.

The outlet collector (aka “elephant stool”) of a reactor is subjected to loads from the weight of the bottom catalyst bed and the live load, i.e. pressure-drop over the bed. Collectors are designed to withstand the full magnitude of these loads with a margin applied to protect against buckling of the collector. A failure of an outlet collector typically results in catalyst loss and can cause an unplanned shutdown to repair, which requires dumping of the catalyst.

Becht receives requests to evaluate outlet collectors because the allowable pressure-drop, usually defined with simplifying hand calculation methods, is exceeded due to catalyst bed fouling near End-of-Run (EOR) causing the live load to increase over the design basis. In most of these cases, we assess the outlet collector for the predicted maximum pressure-drop through a buckling analysis with a Finite Element Analysis (FEA) model that takes into the account the actual geometry of the collector. Collector geometries can vary greatly and include an assembly of structural components made of plate and rings that have slots or are covered with mesh screen to support inert material and catalyst beds. Figure 1 shows an example of an outlet collector configuration. 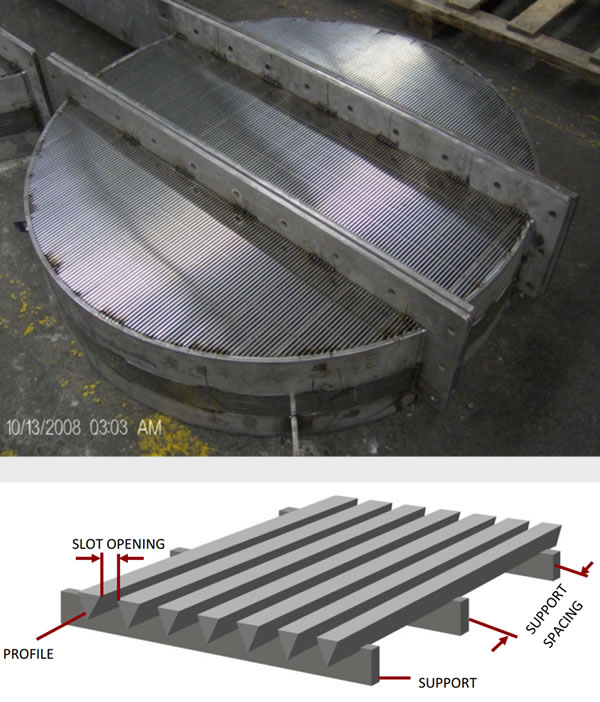 The analysis is performed in accordance with the buckling analysis procedures of ASME BPVC Section VIII Division 2, where a margin imposed on the actual predicted critical pressure-drop gives a revised, less conservative allowable pressure-drop than that obtained with the design hand calculation methods. Various approaches are utilized to model the material response of the structural components and wire mesh. Non-linear FEA procedures that consider Large Displacement theory and the elastic-plastic behavior of the material are employed in either a collapse analysis or a post-buckling analysis per the Riks Method (aka Arc Length Method) to obtain an accurate prediction of the pressure-drop that will cause buckling. Figure 2 shows the onset of buckling for the outlet collector design shown in Figure 1. 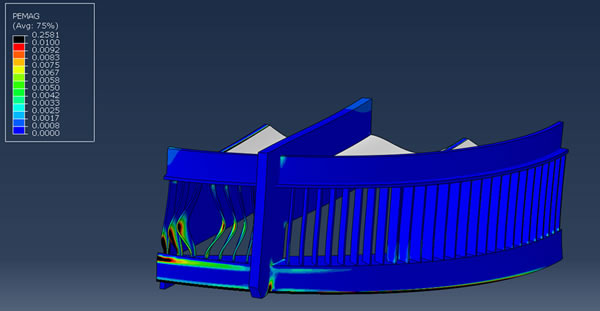 What’s less commonly considered in the industry is that the loads on the collector are generally quite a bit less than the design basis, often 30-50%. This is because both the bed weight and the live load are in part counteracted by the reactor wall as an effect of the catalyst angle of repose and the friction between the bed and the wall, see Figure 3. 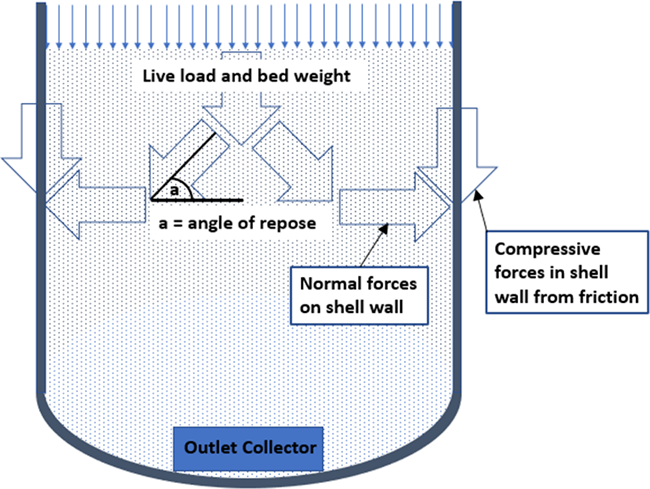 This bridging effect is compounded by the fact that the live load bed pressure-drop is not linear over the height of the bed and tends to be biased towards the top of it where the bed-fouling is more severe. The further away from the outlet collector any given amount of pressure-drop occurs, the more it will be balanced out by compressive forces in the reactor wall, again as a function of the catalyst’s angle of repose. Therefore, an outlet collector design shown to have a critical buckling pressure-drop considerably less than the nominal combined loads from bed weight and pressure drop will often be undamaged simply because only a fraction of the nominal load is is actually imparted on the collector.

Becht’s recommendation for outlet collector assessments is that FEA is used to define the predicted buckling pressure-drop and is compared with the estimated pressure-drop actually acting on the outlet collector, based on a conservative assumption on the wall-to-catalyst friction and on the catalyst angle of repose (which is generally known or can easily be obtained). Becht incorporates a non-linear pressure-drop and various angles of repose for non-uniform bed loading to examine sensitivity and relative risk associated with the predicted failure pressures. It will often be found that there is adequate margin against buckling even if the original design load of the outlet collector appears to be significantly exceeded when considering the full bed weight and live load. In cases where the pressure-drop is so high that the desired margin is not obtained, the results provide valuable input for a risk-based decision on whether to continue to operate the outlet collector, which is normally up to the Owner’s discretion since outlet collectors are internal components and thus not governed by a code of construction.