Without exception, capital projects undertaken today call for comprehensive planning and closely managed project control.  Project Planning and Cost Control have never been more important.  An individual’s capacity to deal with change is a must in a rapidly changing world, and the effective use of management practices can contribute to an individual’s ability to effectively deal with change.

Changes in today’s projects are often complex and involve several corporate and outside organizations and regulators.  The involvement of these many different organizations introduces a new category of risk.  It has been demonstrated that these complexities and added risk can be identified and dealt with effectively using a management approach I call the “Action Plan Development Process (APDP).”  Obscure project complexities and risks can then be addressed in modified project plans to minimize the impact they might otherwise have.

As described in a previous article “How to Resolve an Engineering Manager’s Typical Dilemma of Where to Start” (Ref.1), the process facilitates:

In addition to enhancing project management, the process aides in the development of project teams.  The process is effective in assisting these teams to resolve situations and break down barriers concerning participant’s individual roles; relationships with other team members; conflicting responsibilities between the team and the individual’s own organization, department; etc.

My “Action Plan Development Process” has been evolving over the last 30+ years as a supplement to traditional approaches to developing project action plans or programs.  The following is a partial list of the diverse projects where the APDP process has been applied and has facilitated development of team relationships while enhancing overall project management:

These projects had similar attributes, in that they involved:

Collectively, these attributes tended to bog down the project’s progress or threatened to place the overall success of the project in jeopardy.  Traditional attempts to capture the scope of work for these projects and reach consensus had met with limited success.  Classic project management and control methods had not effectively dealt with these attributes.  Consequently, an integrated project approach and summary of responsibilities was developed, using the “Action Plan Development Process.”  The key tools included in this process were:

Use of the process builds upon Dr. W. Edwards Deming’s principles.  This highly effective process relates to quality improvement, particularly in the area of enhancing the effectiveness of project teams formed to deal with a variety of issues.  Peter Scholtes, author of the book Teaming, (Ref. 3) captures the essence of Dr. Deming’s referral to the importance of team building in industry.  Scholtes states, “A main difference between projects operated under previous styles of management and those run under Quality Leadership can be summed up in one word: planning.  Teams must spend time in the early stages of their projects planning how the project will unfold.  Planning is the heart of using a scientific approach to quality improvement.  Only then can teams study the correct problems, gather data that will prove useful, and learn from the experience.”  Scholtes, in conjunction with Bruce Tuckman, a recognized industrial psychologist, (Ref. 3 & 4) documents the need for teams to go through “…the fairly predictable stages of Forming, Storming, Norming, and Performing.”  The Action Plan Development Process has repeatedly been shown to be an effective way to assist project teams in progressing through these stages with less strife.

In applying the APDP process, project logic and responsibilities are defined on WBD and RSM diagrams.  This is intended as an enhancement and supplement to, not an alternative for, classic project management and scheduling tools.  This APDP process is designed to enhance project logic and clarify project tasks, relationships, milestones and responsibilities, in a dynamic manner.  Dealing with changing objectives, goals, responsibilities and performance can be easily incorporated and promulgated as necessary to participants.  The WBD and RSM documents are designed to capture the complete project, its objectives· and interrelationships, all in an integrated and easily understood graphic format.  This further facilitates project monitoring and management decision making throughout the course of the project.

Having developed these WBD and RSM diagrams, participants can go about their business, directing and managing their respective areas of responsibility confidently.  Execution of the project can commence with confidence knowing that all are marching to the same plans, goals and objectives.  When these diagrams are included with project schedule and cost control reports, a project of extreme complexity can be defined on 3-4 pages of material suitable for presentation to higher levels of management for their consideration.

“Team Building” refers to any activity that strengthens the group’s capacity to deal with future issues successfully.  Too often, teams are handicapped in performing tasks and cannot develop as a team.  Anyone who has attended project meetings can relate to situations which are dysfunctional to the team’s goals.  They can include conflict, faulty communication, apathy, fear of making decisions, and ineffective interaction among members and leaders.

Frequently, team members avoid participation in the topic under discussion and talk instead about extraneous or trite matters. This often occurs since they:

It’s important to understand that there is a difference between individuals working in a team environment and individuals working as a team.  To develop a working team, there are both task and group related functions that need to be performed.  One delineation of these functions is provided by Fowler and Macurda (Ref. 5) and includes the following items:

Project team participant workshops facilitate fulfilling both task and group related functions, when developing the WBD/RSM diagrams.  This process assists management and participants to collectively develop a concise understanding of the project’s direction and goals.  It is in doing this together that a project team spirit, and commitment among the participants, emerges and is accepted.  Since the respective goals and objectives of the project’s participants are sometimes different (e.g., may be in conflict or competition, or might be in conflict with another project being completed simultaneously), jointly establishing respective responsibilities and support requirements is most important. A spirit of cooperation emerges as project logic and workflow are developed and individual and group primary and secondary support responsibilities are assigned and agreed upon collectively.

In conducting these workshops each individual’s input, concern and support is sought in developing these documents. Each participant is invited to develop his or her approach and state their understanding of what they are responsible for in the project.  This exchange of understanding of what the project requires of individuals and co-workers minimizes the opportunity for a need or task to “fall through the cracks.”  As this exchange takes place, generally clearer work priorities emerge, scope clarification is collectively shared, new and emerging tasks are identified and appropriately prioritized, and responsibility assigned.  As a project progresses, appropriate changes to the WBD and RSM’s can be agreed to, be revised, and promulgated: i.e., a dynamic and real time project management tool is developed.  With routine team member review, project performance can be measured and used to redirect assets minimizing any increased cost and/or schedule delays attendant with changing conditions.

Conducting project planning workshops with project participants ensures development of a common understanding and sense as to where the project is going and how the project is to be completed successfully.  When these workshops are conducted-in a manner that is consistent with established team building principles, the outcome includes the foundations for an effective team, in addition to a well-defined action plan.  During all workshops, participants are afforded the opportunity to discuss concerns for special interests or issues, provide their personal input and preference for approach whereby project tasks will be completed, identify and clarify what they understand their individual responsibilities are, and identify the expectations they have of others.  With project plans formulated, and responsibilities to the project and one another agreed upon, each participant can commence to execute and complete their respective assignments with confidence knowing firsthand the project’s direction, priorities, risks and goals.

The advantages of this process go beyond what has been discussed in this article, and as outlined in Reference 1.  The process has demonstrated its capability to enhance a project’s success in the following additional ways: 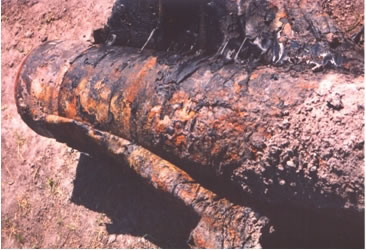 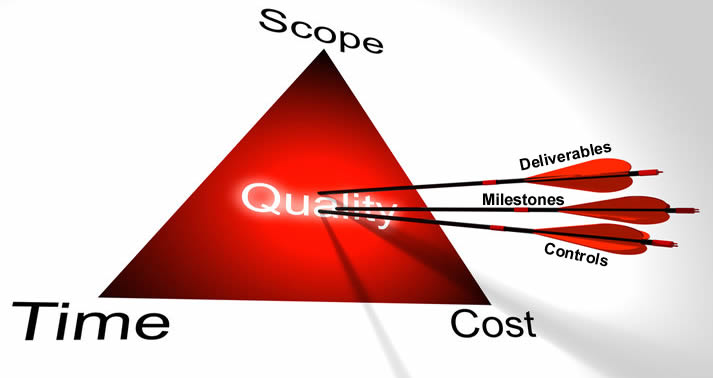